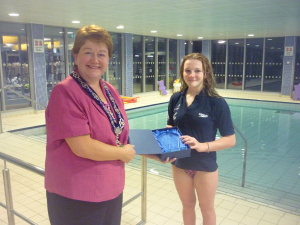 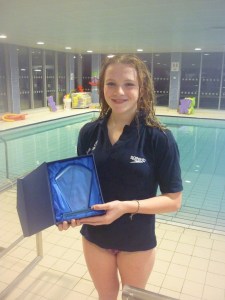 n Tuesday night (4/11/14) during a training session, we had a special visit from the Deputy Mayor of the High Peak to present Abbie with the High Peak Junior Sportswoman of the Year. 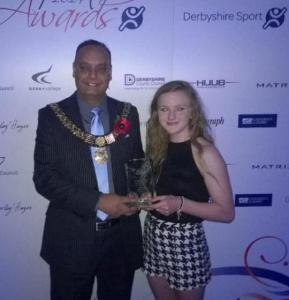 Thursday 6th November was also another special night for Buxton’s Abbie Wood as she was invited to attend the Derbyshire sports award where she was nominated for the Derbyshire County Council Junior Sportswomen of the Year in which she won. In 2014, Abbie made selection to represent Team GB again, this time at the European Junior Swimming Championships.

In 2013, Abbie was presented the the DCC Junior Sportswoman of the Year for her achievements throughout the year. Some of which were; Selection for Team GB, attending the Youth Olympics where she won 2 gold and 2 silver, at the same Games.

Abbie Wood: From Lowest Ebb To Making Waves At The Duna Arena And Finding Her Mojo