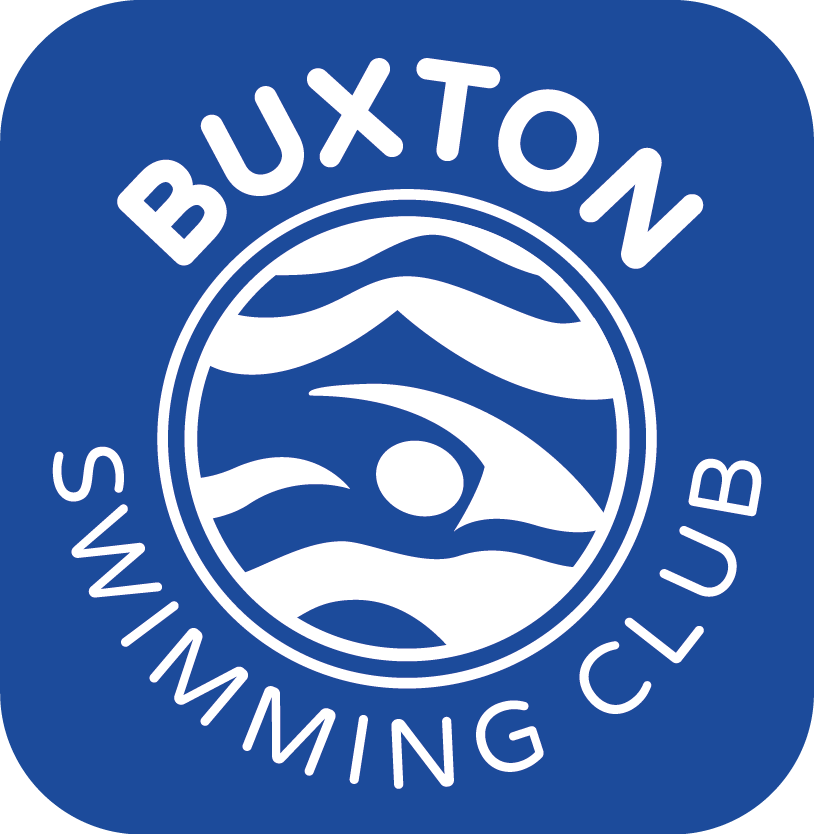 The committee are very pleased to announce we have appointed Daf Bourchier as Head Coach for Buxton Swimming Club to succeed Hugh Dokter who leaves at the end of February.

Daf is a very experienced Level 3 Coach and joins us after 2 years as Head Coach at Ashbourne. Her previous roles have included Coaching at Dove Valley ASC (where she was also Head Coach) Coaching at Leek ASC, as well as setting up and coordinating Learn to Swim programmes at Dove Valley, Leek and Ashbourne. She has also been a mentor for all poolside staff for many years helping clubs develop from within.

This appointment we feel will help Buxton now continue the energy and positive development that Hugh brought to the club and put us on a very stable footing for the future.

Daf will start with the club on the 16th February so she can shadow Hugh in his last few weeks with us and then take over fully from the 1stMarch. Can everyone, swimmers, teachers and coaches alike please help Daf settle in and give her everything she needs to help shape your future swimming development.

City of Stoke Open Meet – Our open meet in April will be Stoke’s annual open meet held at Fenton Manor. Swimmers are to be minimum of 9yrs old on the 3rd April. This open meet has upper and lower time limits so please check the qualifiing times. Deadline for the entries is Sunday 28th February.  Please see the attached for full entry pack. COSACSS Open 2k16

To all parents and swimmers, staff and volunteers,
It is with regret that we have to announce that Hugh Dokter, our head coach, has given notice to leave the club at the end of his current contract. Hugh has decided to take the head coach role at Dane Valley Swimming Club  in his home town of Congleton, which with less travelling allows him more time to work on building his non-swimming business.
Hugh will continue to coach until the end of February. and the committee are now working very hard to find a replacement as soon as possible.
We have a team of very capable coaches in Dave, Liam and Matt who will be continuing to build on what Hugh has started.
The positive influence Hugh has had on the squads has been evident to everyone so we thank him for that and for his part in reshaping the club.
We will keep you informed as we look for a new head coach and if you know anyone who might be interested please contact me in the first instance at lance@buxtonswimmingclub.co.uk
Lance Davis
Chairman
On behalf of Buxton Swimming Club

We ask that all parents and swimmers take a moment to look through the clubs new squad structure going forward.

The only main change that has happened is on a Tuesday. If you have any issues please contact the club.

Buxton Swimming Club’s final open meet of 2015 will be at Chesterfield for their Winter Championships. All swimmers are welcome to join in. Closing Date is TOMORROW night immediately after the Club Championships.

The Club Championships continue this Sunday!

The Buxton Club Championships start this Friday with an earlier start time of 7PM with a normal finish time of 9:30PM. The Club Championships will continue on Sunday from 5PM. Therefore there is NO training on these nights. Thank You

Please find attatched Buxton Swimming and Fitness Centre October Half Term Programme. Including a special Splash Hour with the pool dyed RED! This is a bookable session.

Wood a Leading Contender for Sportswomen! 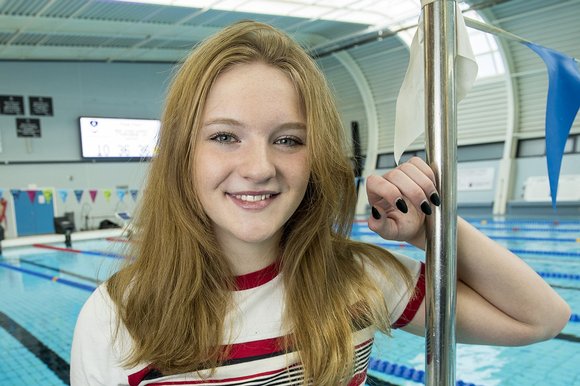 THE board above the Stockport Metro pool is emblazoned with the names of club swimmers, several of whom are Olympic medallists. They include Graeme Smith, Steve Parry, Cassie Patten and Keri-Anne Payne. One of the newest names is Holly Hibbott: her performances this year and those of her friend, Abbie Wood, make both girls leading contenders in the Young Sportswoman category of the Sunday Times and Sky Sports Sportswomen of the Year Awards, in association with Vitality.

Although aged only 15 and so two years below the junior age limit, Hibbott took the 2015 European title and finished third in the world championships over 800m freestyle. However, it is not just her performances that impress Sean Kelly, the head coach at Stockport’s Intensive Training Centre. He says that Hibbott shares “the same characteristics of a champion” of so many of the outstanding competitors he has guided.

“We had seen Holly swim in races for a number of years. The talent was obvious but what I did not realise until she came here was how hard she works,” Kelly says. “She comes across as a friendly, lovely girl with a sense of humour but there is a real steel about her. Often she will win races over the last 5m, even the last stroke.

“She never gives up. Compared with many of the other girls that I’ve had before, she also has more natural speed and power. As a club we punch way above our weight in the northwest. Holly loves it here. Without blowing our own trumpet, we are the place to come to.”

Hibbott’s father, Paul, runs a swimming school in Southport and she learnt to swim by the age of three. Her mother, Pippa, recalls: “She wasn’t that great to start with, but she was enthusiastic and joined in loads of the sessions and she just got stronger and stronger.”

Her zest for competition was shown at the age of eight, when she entered a club gala for the first time. Pippa says: “Holly cut her foot on the edge of the pool before her opening event and she nearly went hysterical because she thought she might not be allowed to take part. She was saying, ‘I want to race. I want to race.’ Eventually she was bandaged up and swam.”

After finishing second in the 2014 European junior championships in Dordrecht, Holland, Hibbott has improved immensely this year. She clocked 8min 39.02sec to take the 2015 title in Baku, Azerbaijan, in June and then 8min 31.56sec in the world junior championships in Singapore, a time that ranked her third in Britain as a senior.

Looking ahead to the Olympic Games, Kelly claims: “You’d be an idiot to say that she has not got an opportunity to be a possible for Rio next year.” Training is gradually being increased this winter — she often swims 70,000m a week already — but next summer is also when she will take at least five more GCSE exams, having already passed science and PE a year early. With the Olympic trials in April, managing her time will not be easy.

Her home in Southport is at least an hour’s drive from the 50m pool at Stockport, so Hibbott has problems fitting in her sessions, attendance at Stanley High School and homework. She says: “It is pretty hard with all the travelling and sometimes you know you can’t go out with friends because of competition, training or schoolwork.”

Some of her sessions are in Southport, where Mark Patrickson coaches her in consultation with Kelly. Occasionally, Hibbott trains alone in the 25m tank that her father bought after it was used in Manchester at the 2008 world short-course championships. He has installed it next to his swimming school.

Hibbott’s main relaxation away from the pool is riding a pony that she shares with her sister, one of four siblings. She says: “I don’t take it seriously but it makes a nice change sometimes at weekends.”

Abbie Wood occasionally stays with Holly so that they can train together. Otherwise, they keep in touch through Facebook and text messages, as Wood, who also won a European junior title this year, is based at the Intensive Training Centre at Loughborough. Abbie lives in a “sports elite” house of eight girls and nine boys and fits her training schedule around studying for a sport and exercise level-three qualification at Loughborough College.

Wood, 16, whose home is in Buxton, Derbyshire, won four medals at this year’s European junior championships, including gold in the 400m individual medley in 4min 41.97sec.

She took a 1.79sec lead on the opening 100m butterfly, only to trail by 1.90sec in third place after the second leg on backstroke. She then recovered the lead on breaststroke, eventually winning by 3.04sec after the 100m on freestyle.

“Breaststroke is my strongest stroke while backstroke is, shall we say, a work in progress,” she says. “It is always such a scare when I am behind after the backstroke and I know how much there is to do to catch up and win.”

Wood has been examining underwater films of her backstroke technique with coaches Kevin Renshaw and Dave Hemmings at Loughborough, and is now trying to acquire the right rhythm for the stroke, saying: “We are just taking it one step at a time, but it is something that I know I need to improve.”

The Derbyshire LC meet is going to be held on Sunday 6th December 2015 at Ponds Forge! No category 2 membership is needed so we would like as many swimmers taking part as possible.

Entry forms can be downloaded at the following link —–> http://www.derbyshireswimming.org.uk/index.php/competitions/50m-competition

CAN ALL FORMS PLEASE BE RETURNED ASAP